Someone told me today that  I look just like Patrick Dempsey, but 10 years younger. This I thought was pretty cool. He's a pretty famous actor dude, and the lady seemed genuine (even though it's april fools day). The thing that caught me was the 10 years younger bit. You see, Dempsey is sitting at a ripe old prime age of 43. Ten years prior would put him at 33, which is still 8 years older than my 25.

Ah, the other problem being that said lady was older than my own mother. I could have just taken it as a compliment and gone about my day I suppose, but overanalyisis is much more fun. Another thought crosses the mind too, if a woman in her middle years relates to me as Patrick Dempsey, she probably has been thinking about me in bed. Gah, creepy. It kinda spins the whole compliment back around on me. Should I be OK with looking like this guy? Even if it means being tossed to a pack of cougars? I can't remember (although I rarely associate with) any women my age that have gone ga-ga for Dempsey since the first few seasons of ER or Grey's Anatomy, or whatever other doctor shows he'd been on. Isn't this guy kinda washed up now?

It's not an April Fools day thing either, but with other blogs out there kicking around the "Going Back To WoW", I figure I can give a little something real that happened. Even though it has nothing to do with WAR.

Geez, what a waste of time.

One thought on “not-WAR Related” 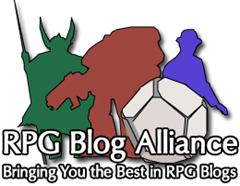